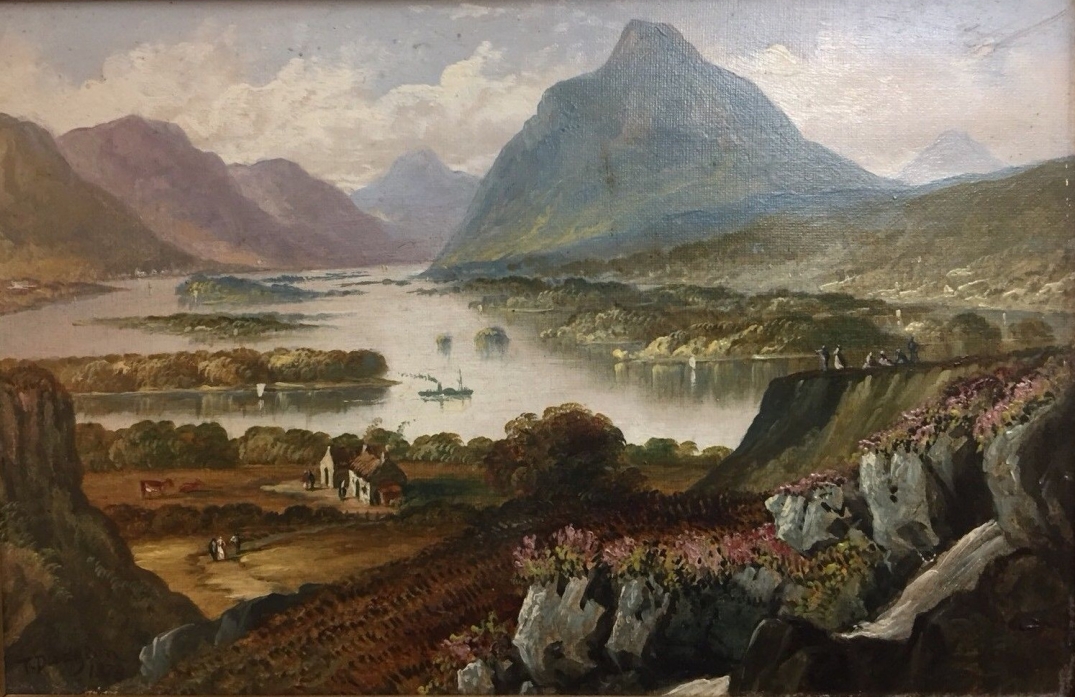 Around the same time I started this website, I was also looking around online for some oil paintings to possibly add to my collection at home. Usually when I look for a painting, I’m most interested in it being an antique, and I usually look for artwork that may tell a story.

I fell across 2 paintings by an artist named Thomas Dudgeon (1804-1880 Scotland). One was titled Loch Lomond & Ben Lomond From Mount Misery, T. DUDGEON 1878″, and the other “Brodick Castle Arran Marine Waterfront 1878”. I was most interested in finding a painting of Scotland and the Highlands. Thomas Dudgeon painted a lot of views of lochs and castles in Scotland and England during his time. His paintings were very bright and colorful, and all of them almost have a “cartoonist” approach without it feeling too elementary. Many of his artworks seem to tell a story, or have figures featured in them going about their daily lives in the 19th century. The painting below sparked my curiosity so I went ahead and purchased it. (after of coarse making sure it wasn’t a fake or reproduction by comparing signatures and talking to the dealer). 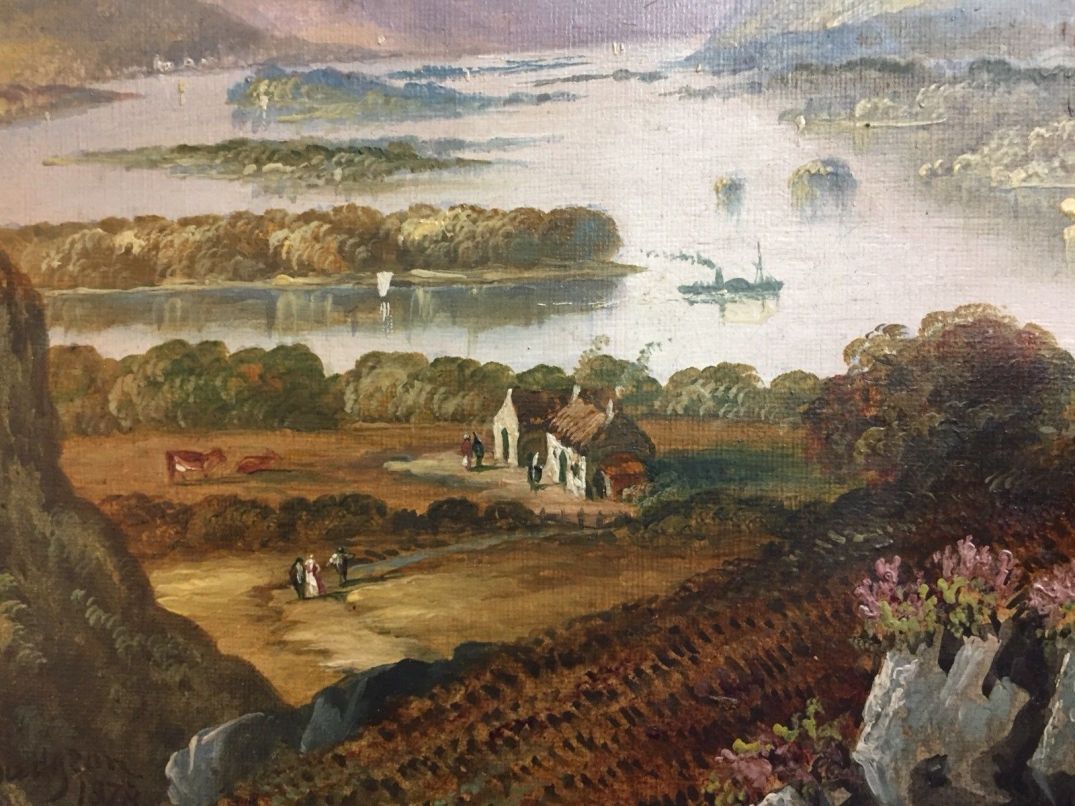 When the painting arrived, it was beautiful and the colors very vibrant! The artist sure was a catch in regards to paint collecting. The dealer told me that he had another painting by Dudgeon, and the 2 were originally bought together by the 1st owner in the 1880s and have never been separated. When the first painting arrived, I felt a pit in my stomach when I realized that the other painting was truly it’s sister, and probably never should have been separated. (Do paintings have feelings? Because seriously I felt like they did, either that or it’s 19th century owner was giving me a pretty good guilt trip from the other side if you know what I mean) 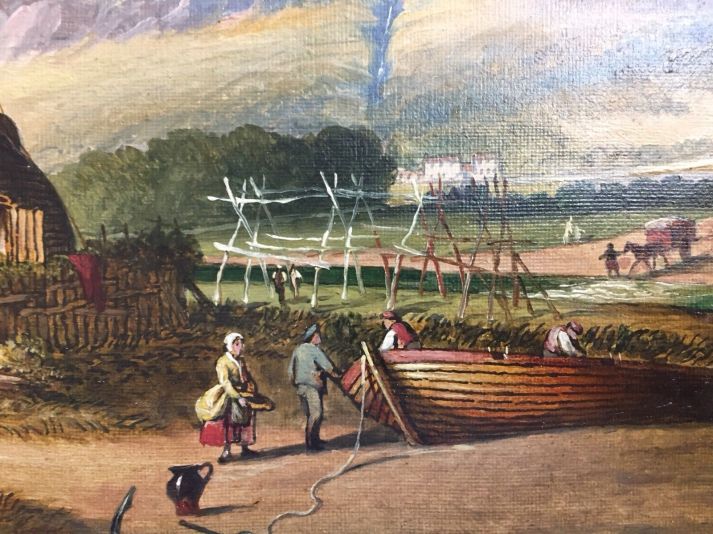 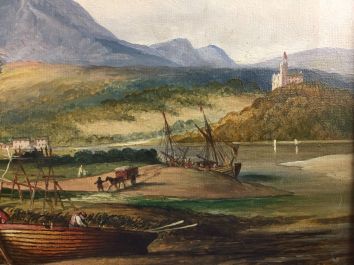 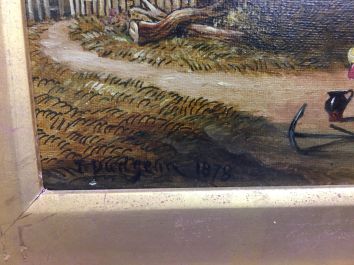 After I acquired the second one, I did a little more thorough research into the artist, and was quite shocked at what I found about him! I found most of my information on a blog named “The Artistic Adventures of Thomas Dudgeon” by a woman named Pauline who lives in Australia. I’ve been communicating with her via email about the paintings , and I sent her photos of them so that she could see his work. She created the blog because Dudgeon was her Great Great Grandfather. Thanks to her research, I was able to discover 2 important things about these paintings.

If you’d like to read more about Thomas Dudgeon’s exciting adventures, then I highly recommend checking out Pauline’s site about her Great Great Grandfather. She’s put a lot of heart and soul into her research, and she’s shared with me that she has a lot more information that she’ll be adding this coming year.

2 thoughts on “The Talented Thomas Dudgeon”